The United States of America, as a political construct, was sold to the early population of Americans as panacea to right the wrongs done to them by the British crown.  Whether the Constitution sought to establish those rights for the people or was a ruse in itself to retain control of the population for a powerful elite has been thoroughly debated elsewhere.

What was established, regardless of intent or purpose, was that in order to be free one must not only possess, but be protected in exerting certain individual rights.  The right to free speech, freedom of religion, freedom of the press, freedom of assembly, freedom to defend oneself with firearms from others or a tyrannical government (in this case a hostile competing ideology), freedom from government forces in out homes, freedom to have papers, effects, and the sanctity of the home free from unwarranted searches and seizures, freedom from being forced to testify against oneself and to enjoy life, liberty, and property unless forfeited by due process of law, freedom from being imprisoned without cause or accused by some anonymous person, freedom to a jury trial of peers, freedom from excessive bail and cruel and unusual punishments, freedom to enjoy other rights not otherwise listed, freedom of states to exercise rights not otherwise prohibited to them.

The harm done to any of these rights anywhere on the continent harms them all and and for anyone who seeks to exert those rights in the future.

These rights, once harmed, disappear.


Has anyone, ever, spoken of this country with such love as Ronald Reagan?  Where is he today? Where is his successor?  Who can take up the mantle?

Red Buttons in 1969, on his national television show, did what today would be considered a "rouge, rebel act" that would be denounced by millions across the country as racist.  He told of his teacher who explained the "Pledge of Allegiance" to him and his classmates.  Such love for this country.  Where has it gone?

What would these men, the signers of the US Constitution, say about the current state of affairs in this country? 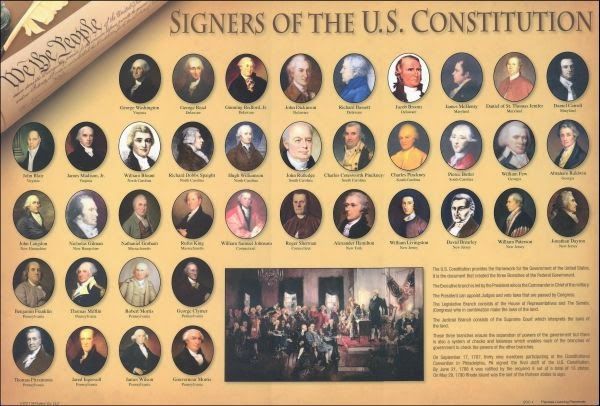 I shamelessly lifted the first statement from https://freenorthcarolina.blogspot.com/.  It struck something deep inside me that I had to get out.  Something I feel that certain elements of the Nation want to let slip out of our fingers.


If I get "marked" because of this posting I will be surpried it took them so long to find me!!

Most of the patriots are old, dying or in uniform (or just out). We're slowly getting outnumbered by soulless idiots.